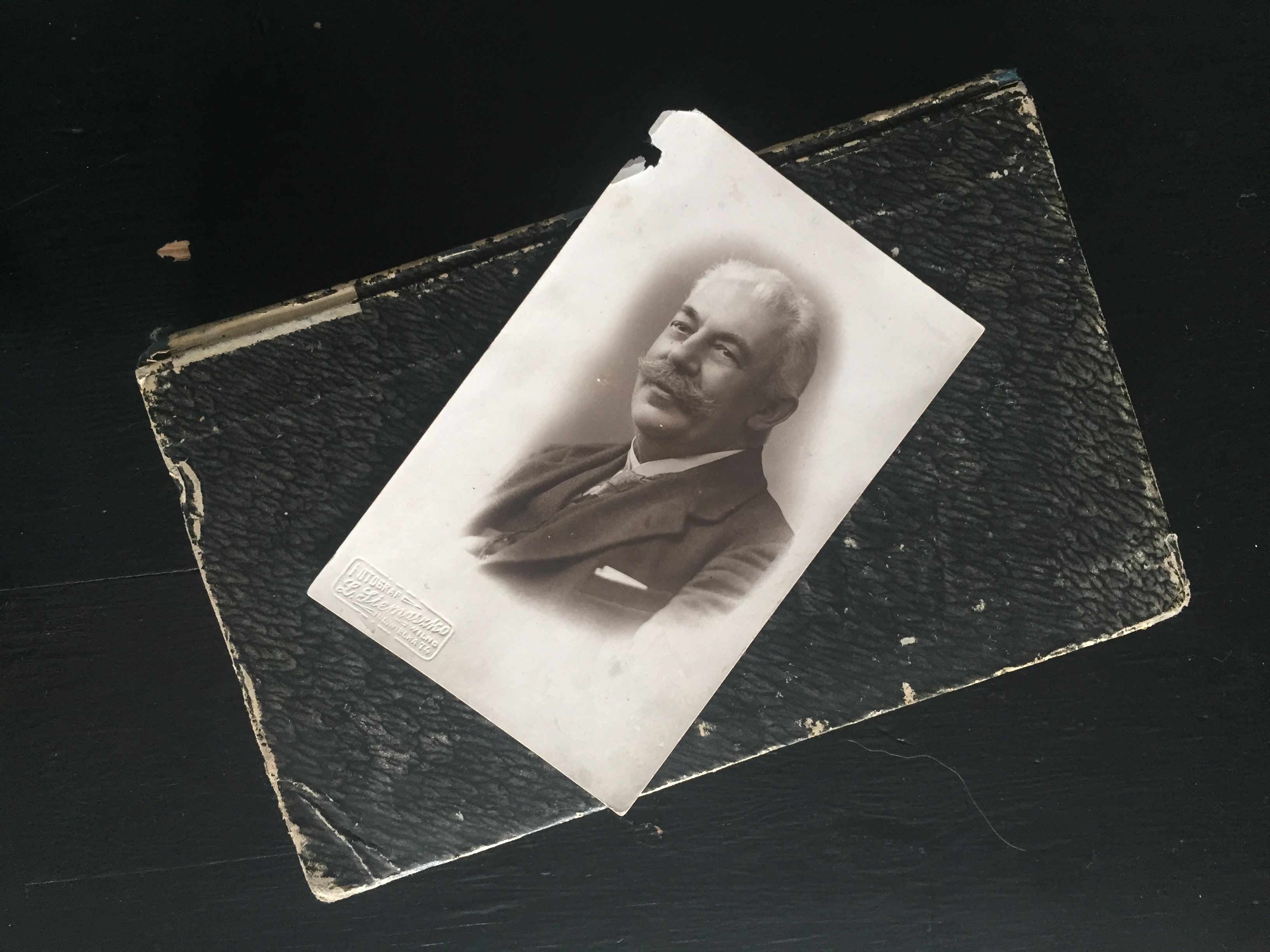 One late afternoon in November, Marcin and Kelise wandered into an old bookstore in Wrocław’s main town square. A book, dated 1856 on the ragged spine and gently reeking of cigar smoke, fell into Marcin’s hands: “Neueste Nachrichten aus Dem Reiche Gottes”, or as Google Translate suggests: “Latest News from the Kingdom of God” by Bierzigster Iargang. As we thumbed through the contents, a postage-stamp sized portrait of a woman fluttered from between the pages:

Intrigued and 40 złoty poorer, the book was ours.

Who was Bierzigster Iargang? (We called him “BJ” for short). The final pages of the book revealed some of his story:

BJ was born in Przemyśl (Marcin’s home town!), to a German/Polish family that owned several coal mines in the Silesian area. A religious and righteous man, yet troubled by the corruptions that accompany great wealth, BJ received a series of heavenly visions over the course of a year – which he called, “Neueste Nachrichten aus Dem Reiche Gottes (Latest news from the kingdom of God)”, wrote them all down and published in a book of the same title. This was directly followed by a spiritual calling to go to New York (where Kelise’s family originates) as a missionary, and he traveled to America around 1856-7, leaving his wife and six daughters behind until he could get settled and send for them to join him.

But in New York, he seems to have disappeared, presumed dead, shortly after he arrived and his family never heard from him again.

Our project aim is to unravel the mystery about the life and death Bierzigster (BJ) Iargang, and to discover the truth about what connects his story to Marcin and Kelise.

Currently we are working with an installation of found objects, text/prints, photos, and video which will present our research into BJ’s life as well as present the found connections between him, Marcin, and Kelise, (and particular, the artists want to unpick already discovered common ancestry between Marcin and Kelise).

follow me
instagram
#365LoveNotesToSelf Day 286 “Becoming acquainted with yourself is a price well worth paying for the love that will really address your needs." - Daphne Rose Kingma #SaturdaySecret
#365LoveNotesToSelf Day 285 “Who is the only person in your life who is available 24/7 to provide you with care and kindness? You.” - Kristin Neff #FridayFeeling
#365LoveNotesToSelf Day 284. “And I said to my body, ‘I want to be your friend.’ She took a long breath. And replied, ‘I have been waiting my whole life for this.” – Nayyirah Waheed #ThrowbackThursday
#365LoveNotesToSelf Day 283 “The self-love needed for self-care [is] missing. Academicians use terms like self-esteem, self-worth, self-support, self-care, but rarely self-love. That is left to the spiritual community. People don’t realize that taking care of their own needs; eating, drinking, brushing their teeth, showering, wearing clean clothes….are all acts of self-love.” - Angela C. Santomero #wednesdaywisdom
#365LoveNotesToSelf Day 282. “Love is about becoming the right person. Don’t look for the person you want to spend the rest of your life with, become the person you want to spend the rest of your life with.” – Neil Strauss #TuesdayThoughts
#365LoveNotesToSelf Day 281 “The best way to gain self-confidence is to do what you are afraid to do.” - Swati Sharma #MondayMotivation #Drawincolour #pastelportrait
#365LoveNotesToSelf Day 280 “Divide each difficulty into as many parts as is feasible and necessary to resolve it." - René Descartes (mathematician, b. 1596 - d. 1650) #SundayStudio #goodadvice #protip
#365LoveNotesToSelf Day 279 “Don’t do anything half ass. Whatever you do, always use your full ass.” -unknown 😉 #StudioSaturday #playhardorgohome
#365LoveNotesToSelf Day 278 “What is done in love is done well.” -Vincent Van Gogh #FridayFriyay #FridayFeeling
personal archives
augmented reality borders collaboration contemporary drawing contemporary photography dream symbolism interactive art memory Neo-Orientalism nostalgia Palestine performance art post-colonialism Right to Movement ritual site-specific installation storytelling in art subconscious Victorian Orientalists video art
search my archives
subscribe to site via email
Join 10 other subscribers
Loading Comments...
%d bloggers like this: